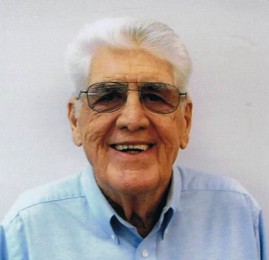 Guest Blogger:  Ron Caffrey, Ron is a Partner in BCS Partners, consultants and authors of the bi-annual report on the Building Automation Industry. Ron had a 40-year career with Johnson Controls, the last 20 years as V.P. Marketing for the Controls Group. His past industry contributions include: Director of ASHRAE; Founding Chair of the Intelligent Buildings Institute; Co-Founder of the Advanced Building Consortium (ABSIC) at Carnegie-Mellon University.

Many HVAC industry veterans have remarked with mild frustration in recent years that things didn’t change very much from year to year in our industry.  Conservatism and unwillingness to take risk on the part of design engineers was the conventional response to identify the cause.  There was a lot of truth to that during the ‘60s and ‘70s as building design was focused primarily on aesthetics and the architect was king.  Consulting engineers, hired by the architect, faced stiff competition and lower fees.   They couldn’t afford to do a lot of research on new products and concepts so they stayed with proven technology and designs.  There was no obvious reward for using advanced ideas and considerable risk of costly failure.

Awareness of the need for energy conservation coupled with the transfer of direct digital control from process industries to the commercial HVAC industry in the late ‘70s and early ‘80s started to accelerate change.  Low capital investment required to produce electronic controls as opposed to pneumatic systems brought new, smaller control and automation manufacturers to the industry, forcing new products and new thinking from the establishment of manufacturers and consulting engineers.  “Building Automation” and computer-based energy management came on the scene but within that category change was not dramatic.   Improvements in software programs and operator interfaces appeared each year but there was no paradigm change.  Consulting engineers were still working with tight fees and most of them were a little intimidated by computer-based technology.  Probably most significant was the lack of demand for improved building automation by building owners who were not well educated to the monetary benefits of better energy management and/or occupant productivity gains.

Lately, there seems to be new life in the industry.  Research and publicity about the advantages of better building automation systems is prolific.  Green buildings, federal government policy and subsidies, occupant productivity increase studies and education by facility management organizations and publications are creating a demand that consulting engineers are forced to accept.   In fairness to consulting engineers, most are pleased to have to move outside their comfort zones and become more creative than conservative.

Beyond that there is a paradigm change.  Wireless technology for sensing and control of building systems and data is being accepted faster than anything ever seen in this industry because of the dramatic impact it makes on cost savings and flexibility.   Eliminating wired networks at various levels of the building automation structure allows many more sensing and control points for the same budget.  Sensors and control points for space temperature and lighting for example can be proliferated down to the individual occupant level, and equally important, they can be easily changed and modified as building occupancy changes.  Central control and monitoring can also be wireless with web and IT technology.  This trend was moving well despite initial skepticism when the final paradigm change was introduced in the last year.  Sensors and control points can be powered by ambient light alone providing the final step in the virtual elimination of costly and inflexible hard wire for control of the occupied space environment.

Technology and increased owner demand finally spells the possibility of rapid growth for the traditionally lack-luster building control and management industry.  This will become reality if all stakeholders continue to educate owners on the cost-effective benefits available from today’s building automation systems.