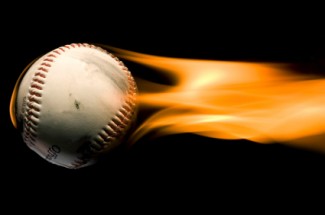 The boys of summer are at it again.  Last week provided us with not one, but two no-hitters, the Cleveland Indians have the best record in MLB and according to a news clip on a Philadelphia website, Phillies pitcher Ryan Madson was awarded for the installation of a geothermal heat pump.

It’s no surprise that Madson looked at harnessing the power of geothermal energy. For centuries, people around the world have used hot springs to clean, cook, and heat. The first electric generator using geothermal energy was built in Italy in 1904. It simply used the steam erupting from a geyser to drive an electric turbine.

Because geothermal energy is renewable—using only water and the continually replenished heat from the Earth’s core it is a celebrated energy option.  There are few if any byproducts from the resulting steam, so the process is clean, and many sources of geothermal energy are very reliable in terms of producing continually high levels of the heat needed to produce power.  Perhaps best of all, geothermal energy is homegrown. In fact, it’s not an energy source that can be exported. It must be used at its source.

With the advances in alternative energy and geothermal resources, it’s helping to lower the world’s dependence on fossil fuels and both the DOE and the EPA have endorsed use of geothermal technology as a cost-effective, energy efficient, and environmentally friendly way of heating and cooling buildings.  Using a product such as a ground source heat pump provides quality air-conditioning and heating, on demand, in every season.  Additionally, products like BPX heat exchangers and NRF circulators can be used in geothermal applications for new construction as wel0l as retrofits of older buildings as they make a good choice for schools, high-rises, government buildings, apartments, and restaurants–almost any commercial property.

To find out what a geothermal system could do in a residential or commercial application try the geothermal cost calculator.