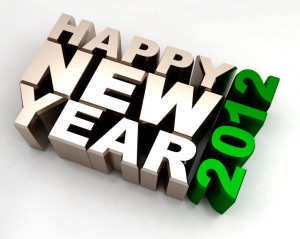 As Coach Calhoun in Grease would say, it was “a banner year”.  So, as we wind down to the end of yet another year — we would like to say thank you for taking time to read this blog, follow us on our other social media channels and for reaching out with us to us your questions and comments.

We are Xylem: On October 31st, Xylem, Inc. announced that it had completed its spinoff from ITT Corporation, and had begun operations as a $3.2 billion standalone global water technology company.  With our product brands, applications expertise and technological strength, we are a leading global water technology provider, that enables customers to transport, treat, test and efficiently use water in public utility, residential and commercial building services, industrial and agricultural settings.  We serve customers in more than 150 countries, to address critical water issues such as growing water scarcity, aging infrastructure and more stringent environmental regulations.

The Economy: We could begin and end the list right here because so much of our industry depends on where the economy is.  It was and still is a bumpy ride, but conditions did improve this year, although my guess is at a slower pace than any of us liked.  Stimulus programs, tax credits, rebates & savings all helped to create demand.

Worldwide Water Crisis: Blue is the new Gold or in this case, the new Green.  Awareness of the global crisis in fresh water supply continued to make waves with new ideas, new focus and new water-saving products.   This is critical due to the fact that according to the United Nations, nearly 3 billion people lack access to adequate sanitation and clean water.

More Cowbell…okay, Social Media: Facebook becomes undisputed king of social media when it surpasses Google as the world’s most-visited Web site.  While many in our industry initially dipped a toe in the water, this year saw dramatic growth fueled by Twitter, Facebook, LinkedIn and Google +.

Mobile, Mobile, Mobile: Mobile continued to grow, as expected, and some companies began experimenting with different mobile tactics, including QR codes, but as we move into 2012, companies will need to focus on making their websites mobile friendly.

New & Improved Products: To build and operate an efficient water system, you need the right products.  This year saw many innovative products become featured components of system solutions, such as:

Green buildings: Building owners became more interested in sustainable construction based on cost-savings more than how it would save the world.

Low-lead: More manufacturers will convert their products to comply with federal low-lead legislation. The law lowers the national standard for lead in faucets, pipe and pipe-fittings from 0.8% to 0.25% with a deadline of Jan. 4, 2014.

On behalf of the XylemKnowsH2O team, we wish you all a Happy New Year and hope that 2012 brings you much success and prosperity in all your endeavors.