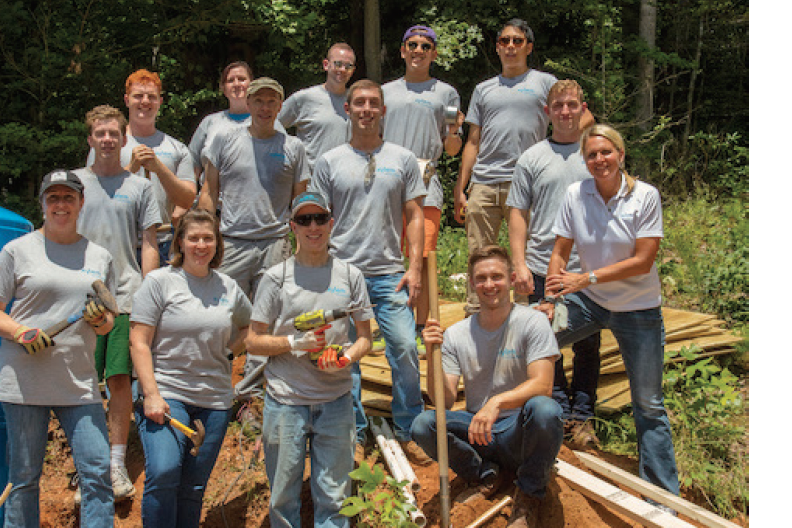 In January, Carol Gibson, president of the Holly Ridge Homeowners Association, contacted the Water Well Trust (WWT), a nonprofit arm of the Water Systems Council (WSC) established to provide wells for Americans who do not have a safe drinking water supply. Gibson told the WWT, “We can’t use the water to drink or cook.

I don’t even like to bathe in it. It smells and it’s dirty.”

Although the Holly Ridge Homeowners Association had attempted to maintain the neighborhood well systems over the years, limited finances and knowledge thwarted proper upkeep. Upon inspection, it was discovered the wells did not have a filtering system and pipes were not properly insulated to prevent freezing during the winter. The practice of pouring bleach down the pipes to disinfect the systems further harmed well components and sediment build-up contributed to poor water quality.

“The homeowners attempted Band- Aid solutions over the last few years, purchasing pumps and tanks from retail stores that quickly failed because they weren’t meant to support that many houses and the setup wasn’t done properly,” O’Grady explained. 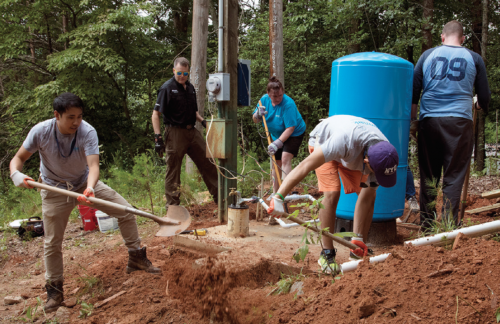 Volunteers from Xylem’s Charlotte office prepare the ground for construction of a new well house. 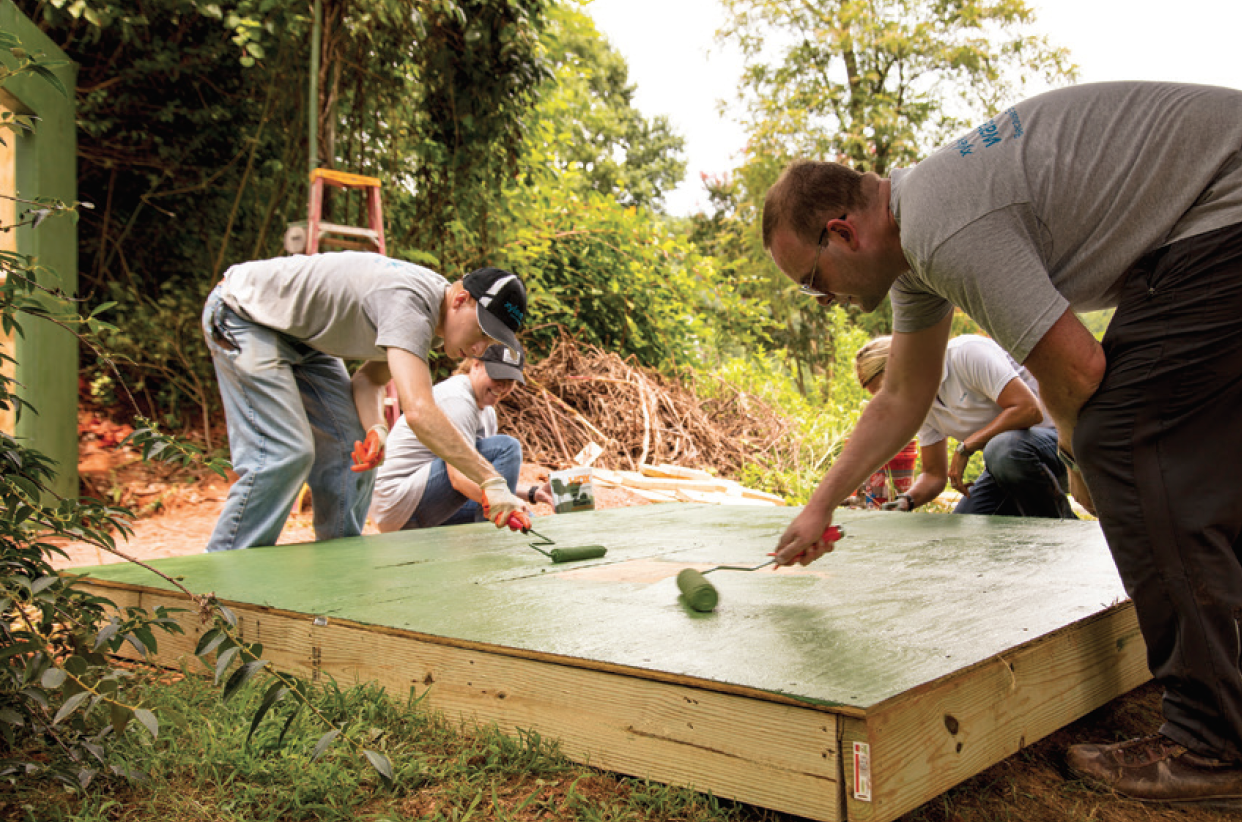 Xylem employees paint the wall of a new well house
before installation. 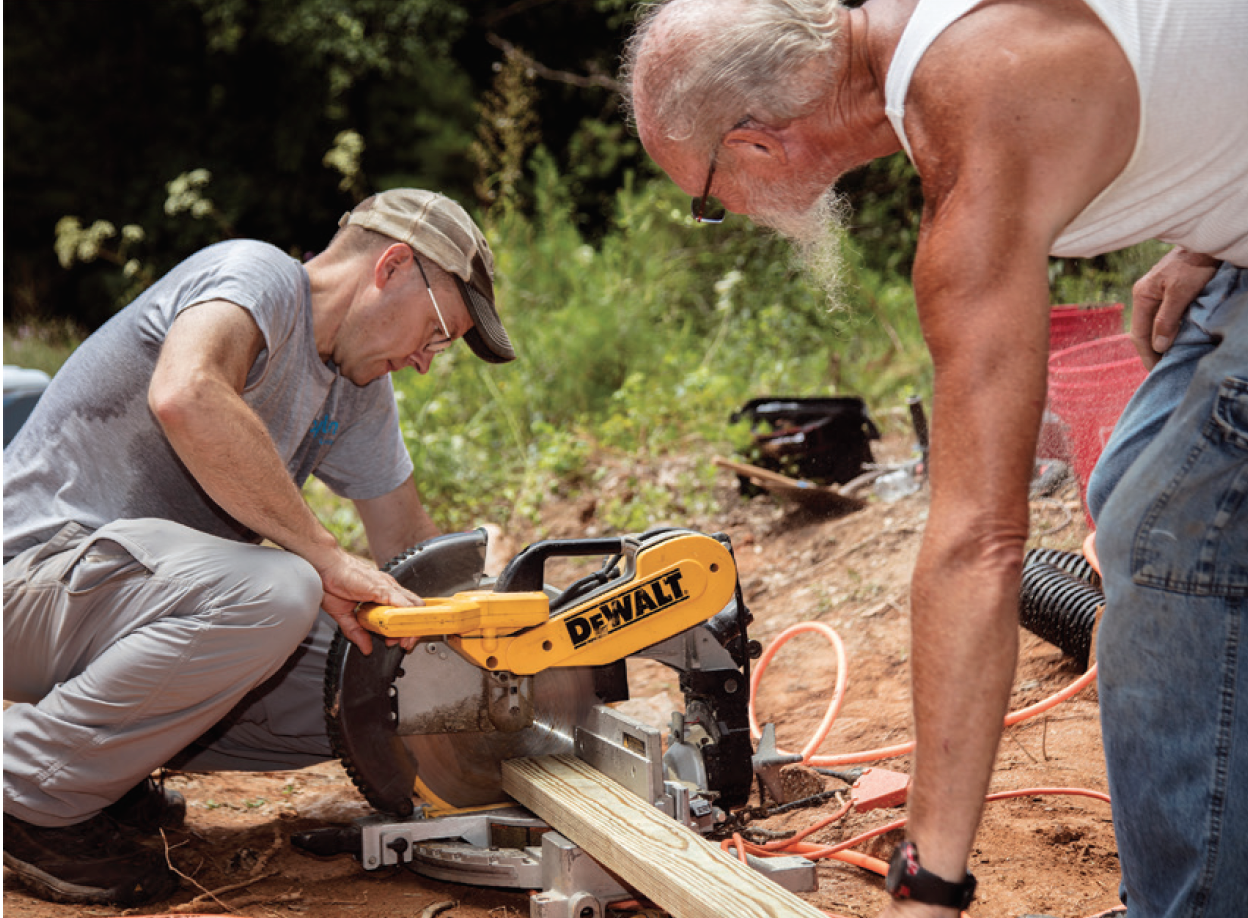