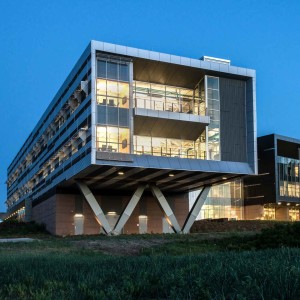 The idea that the heat thrown off by supercomputers could be captured and turned into a radiant heat supply for an entire building is just the kind of thing researchers hypothesize about at the National Renewable Energy Laboratory (NREL) in Golden, Colorado. So when it came time to build a new laboratory on the NREL campus, that’s the challenge they posed to the design team.

The new 182,500-square-foot Energy Systems Integration Facility (ESIF) includes 15 laboratories where researchers are using renewable energy technologies to develop the smart grid of the future. NREL engineers knew the ESIF was an opportunity to showcase their research on clean energy technology integration.

“We knew we wanted to capture the heat from the computer in the form of water because it’s very easy to transport from one place to another. So that started to suggest a hydronic system for cooling the supercomputer and also the use of heat exchangers to transfer that heat to other parts of the building where it could be used,” said Robert Thompson, chief mechanical engineer for SmithGroupJJR.

The project required intensive design-build collaboration among architects, engineers and contractors to achieve ambitious performance goals set forth by NREL, including LEED platinum certification, 50-percent better than ASHRAE 90.1 standards, and power use effectiveness (PUE) of 1.06, far lower than the industry average of about 1.7 to 1.8.

PUE is a measure of how efficiently a computer data center uses energy. It’s determined by dividing the amount of power entering a data center by the power used to run the computer infrastructure within it. A PUE rating of 1.0 is equivalent to a 100 percent efficient facility.

“None of this was ever done before,” according to Otto Van Geet, principal engineer at NREL. “Nobody had built high-temperature liquid-cool computers and nobody had ever captured the waste heat from the computers.” 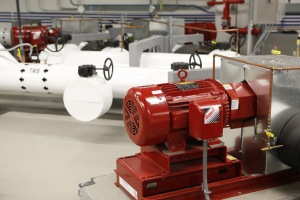 “If you want to achieve the best-in-the-world PUE of 1.06, which we are achieving, you can’t waste any energy,” Van Geet said. “We needed to select very efficient fans, pumps and controls.”

Bell & Gossett products – more than 55 in all – were selected for their performance and efficiency. B&G’s award-winning e-1510 centrifugal pumps, Series 90 pumps, Series 80 pumps and Series 60 pumps were among the selections. 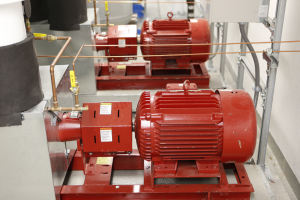 “The energy efficiency of Bell & Gossett pumps, particularly the efficiency islands on the e-1510 – meaning that the pump hit a sweet spot on the pump curve with plenty of room to compensate for any future expansions of the system – helped NREL distinguish Bell & Gossett pumps as the products for the project,” said Eugene Mitchell, general manager of sales at McNevin Co.

Bell & Gossett GPX plate and frame heat exchangers were chosen as the primary means of moving energy from place to place.

“Additionally, the highly efficient heat transfer and minimal pressure drop of our heat exchangers made them ideal for this unique project. Coupled with the ESP-Thermal selection software, there were several differentiating factors that put Bell & Gossett at the top,” Mitchell added.

The selection process was extremely detailed as team members studied weather patterns, created 3-D models and considered multiple scenarios, what-ifs and mathematical formulas to be sure they were maximizing resources, minimizing energy and improving reuse opportunities.

“On one given pump, they might’ve run upwards of six to 10 to even 12 selections just to find the right pump and the right selection,” said Tyler Lobb of M-Tech Mechanical Co. B&G’s proprietary ESP-Plus selection software helped the team with various iterations and nuances to ensure selections were truly energy efficient.

“The design team partners were absolutely indispensable,” said Chris Gaul, NREL’s sustainability group energy manager. “We can write reasonable goals and put them out there, but if they can’t be turned into reality, then it just remains a wonderful dream.”

The energy-saving realities of the ESIF translate into saving about $1 million a year in energy costs, according to NREL. The ESIF consumes 74 percent less energy than the national average for office buildings.

Data center is an energy hub

Much of the energy savings takes place in the ESIF’s data center. Traditionally, data centers consume a lot of power because that is where computers, servers and other equipment reside. They also require a cooling system to keep the high-tech equipment from overheating. In collaboration with NREL, Hewlett-Packard developed a liquid-cooled supercomputing platform that uses warm-water cooling to dissipate heat generated by the computer.

Using water-side economization, or free cooling, for heating and cooling water meant that no refrigerant-based chillers or gas/electric boilers were needed, saving significant energy costs. “The waterside economizer is a key link between getting heat from the (computer) chip to a beneficial use,” Gaul said.

Van Geet explains how the system works: “The waterside economizer consists of a tower and heat exchangers to do the primary cooling for the building and all of the cooling for the data center and the lab area. There are cooling towers up on the roof; pumps push water through the cooling towers. Water goes in and through a heat exchanger. Then, we have the energy recovery loop, our cooling loop that comes down into a mechanical room, goes up, goes through the computers and cools them. It goes in at about 75 degrees and comes back at about 95 degrees. We capture that waste heat and then use it to help heat the building, and ultimately the NREL campus.” 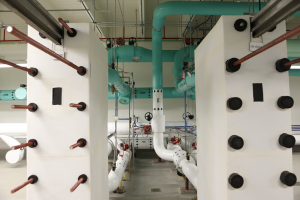 In addition, the free-cooling and heat recovery practices increased performance of heating and cooling loads. In the winter, the waste heat circulating as hot water through the pipes also melts snow and ice outside the building. In the summer, it’s used in the loop for the cooling system.

Since the ESIF was completed in 2012, Van Geet said more data centers are moving to waterside economizers to eliminate the need for mechanical cooling. “We established an industry metric – energy reuse effectiveness – to measure and promote the reuse of waste heat around the world,” Van Geet said.

“We’re the National Renewable Energy Lab. We want to provide the industry with the tools needed to bring more renewables onto the grid, and that’s the key function of this building,” Gaul said. “It’s more than just doing simulations in a computer, it’s real energy.” 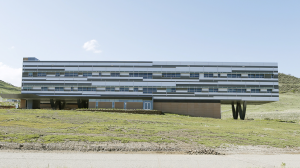 The ESIF also is a high-level model of collaboration among people, demonstrating how divergent needs within the facility – one lab dealing with hydrogen gasses, another with solar testing, for example – can be met through the integration of energy systems.

“This is conventional technology that anyone could adopt,” Gaul noted. “We’re using standard, yet highly efficient, pumps, heat exchangers, valves and control systems. If you put them together in a careful, integrated manner, you can have a low-energy, LEED platinum facility,” Gaul said. “It’s taking everything an engineer or an architect would do anyway and doing it in a very thoughtful manner. It has to be done with great cooperation and understanding of the mission.”

“Bell & Gossett was a differentiator,” said M-Tech Mechanical’s Lobb. “We use a lot of Bell & Gossett equipment in our projects. It’s reliable, energy-efficient and cost-competitive.” 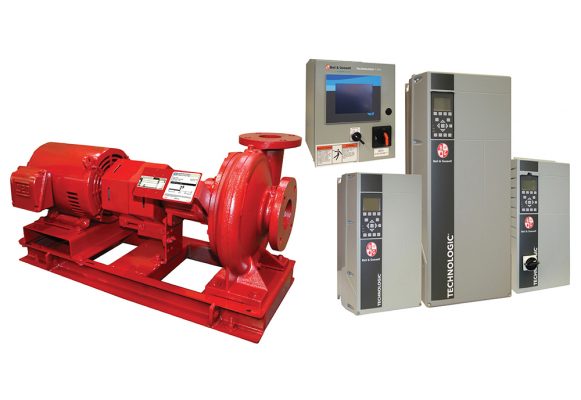 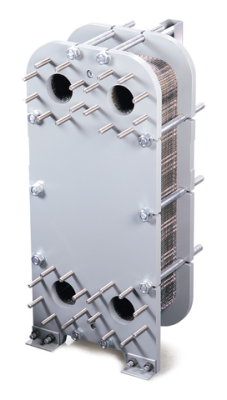 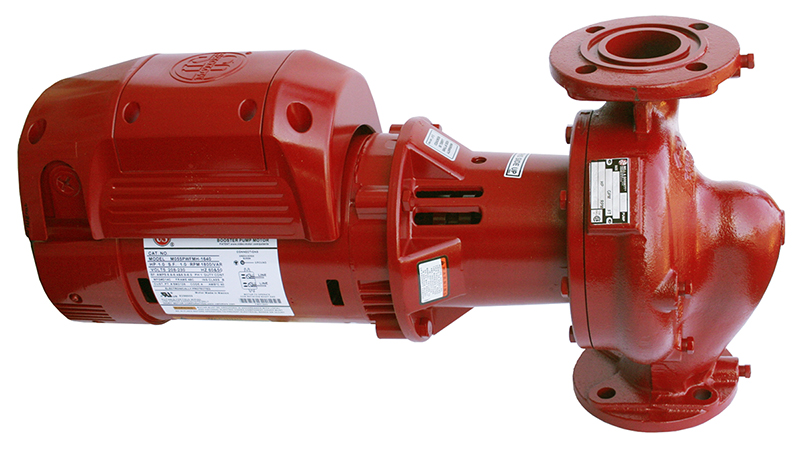 Available in pipe sizes from 1” to 3”, with single phase ECM motor sizes from ½ HP to 1 HP at variable speeds up to 1725 RPM. Available in bronze-fitted construction. Flows to 200 GPM and heads up to 28 feet.